Okay, where did I leave things…we came back to Steph’s flat after Camden’ing around. By “we” I mean myself, Steph, Emma, Gemma and Adam. We sat down for a squash (this is a new term I learned from Steph. I feel very cool and British now), before collecting our bags and loading into Adam’s car. Steph stayed back to wait for Harriet to arrive on the train.

Meanwhile the remaining four (now we are myself, Emma, Gemma and Adam) buckled in and cranked the tunes for the journey into Shoreditch (actually not a long distance drive, but it took almost an hour). After a car ride filled with selfies, song requests, pointing out of landmarks not yet seen and swearing at the traffic, we arrived at the hotel in Shoreditch.

Even though check-in took way longer than at the last hotel, I was relieved once we got to our room. A proper bed (two singles, to be specific), a nice bathroom with a fully functioning shower and a thermostat we could actually adjust to our liking.

Shower. Change clothes. Pop out to the store for some pre-dinner libations. Make-up. Bequeathing of the Turban. Drink a couple drinks. Play a few songs. Swear at the time. Order an Uber. Head out to meet the gang for supper.

Anise took care of this evenings festivities for us, being the trendy London gal that she is. First, supper at the Bike Shed Motorcycle Club (sounds dangerous). Actually, first is hugs all around because…Harriet is here!! Then food and drinks and lots of talking and a failed group selfie. 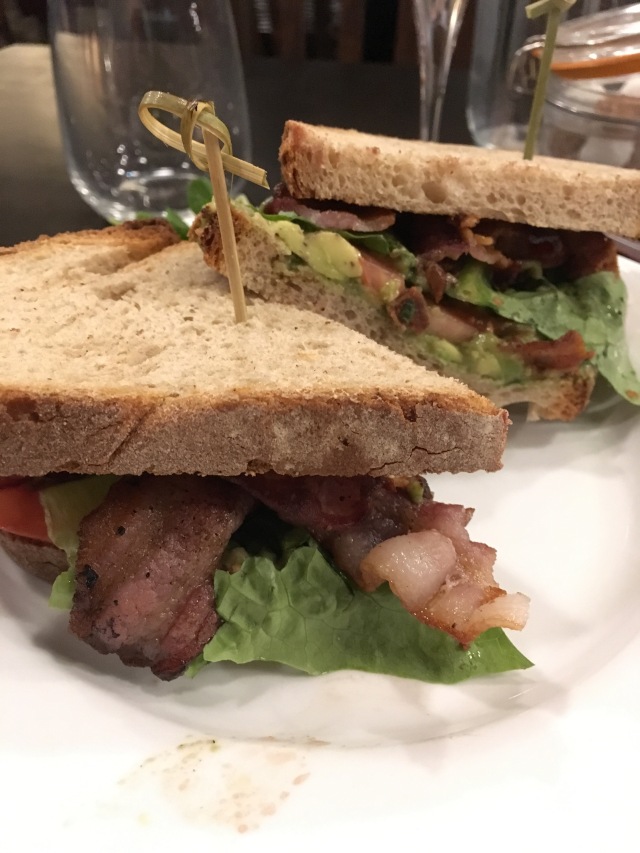 Next stop…actually I don’t know the name of the club we went to. I just followed Anise, because she knows things. I think it was called Old Street. That also might have just been the actual street on which the club is located. Maybe someone can confirm this for me. Friends?

Anyhow! We found a table and then we found some drinks. The music was good, so then we found the dance floor. Emma and I had a good few dances together and sure enough the rest of the gang joined us. Everyone else in London also joined us the dance floor. Things got crowded and while it was alright with us for a short while, eventually the struggle just isn’t worth it anymore. Emma had left a bit earlier as she had to get the train back home on time. At this point we agreed it was time to move on and went out in search of a pub to pop a squat and have a drink.

We did not, in fact, find anywhere to pop a squat. Gemma finally suggested that maybe it’s a sign, so why don’t we head back to the hotel where we can sit in comfort and quiet and have a drink from the hotel bar. Gemma is a very smart lady. This was actually the best idea. We were able to cool off and relax, just enjoy each other’s company. Not to mention, the hotel bartender makes the best fruity pink drink I have ever tasted (Who am I kidding? It wasn’t mine. It was for Adam).
Eventually we had to face the truth and say our goodbyes (our temporary goodbyes). It’s tough after such a short visit, but I know we made the most of it. I’m so humbled and grateful that everyone made the effort to spend time with me (special shoutout to Adam and Harriet for coming into London from entirely different parts of England).

As I type this, I’m only an hour or so away from Calgary. London already seems like such a long time ago. But I’m not worried. These are long term friendships and I know I’ll see my people again soon. XOXO