As you may have already noticed, I have a roaming gnome. His name is Isaac and he was given to me by my very good friend Megan. After venturing off on two trips to Europe together, Megan felt is necessary to bequeath me with a gnome.

One thing that really irks me when I tell people about Isaac is the response of “Oh, you mean like the Travelocity gnome?”

Stealing garden gnomes before embarking on a holiday became so popular that clubs have formed, dedicated to acquiring and travelling with garden gnomes. The Travelling Gnome Prank went viral before anyone knew what “going viral” meant.

I’m not encouraging everyone to go out and steal garden gnomes from their neighbors. That would be considered theft and considering the reputation of the Garden Gnome Liberation front, it’s probably not a good idea. Stealing 150 gnomes or staging a mass suicide with 11 gnomes hanging from a bridge is not the best way to start of your travels.  I just think it’s important that we have a small understanding of how the roaming gnome started so we don’t give credit to the wrong people. 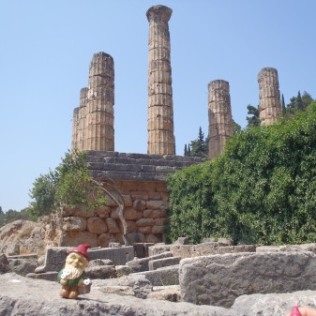 Isaac the Gnome at Delphi (Greece) 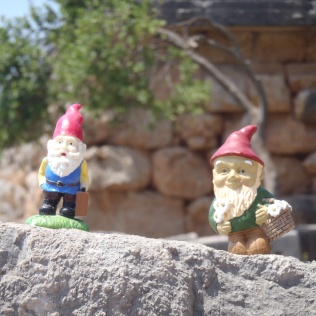 One reply to “History of the Roaming Gnome”